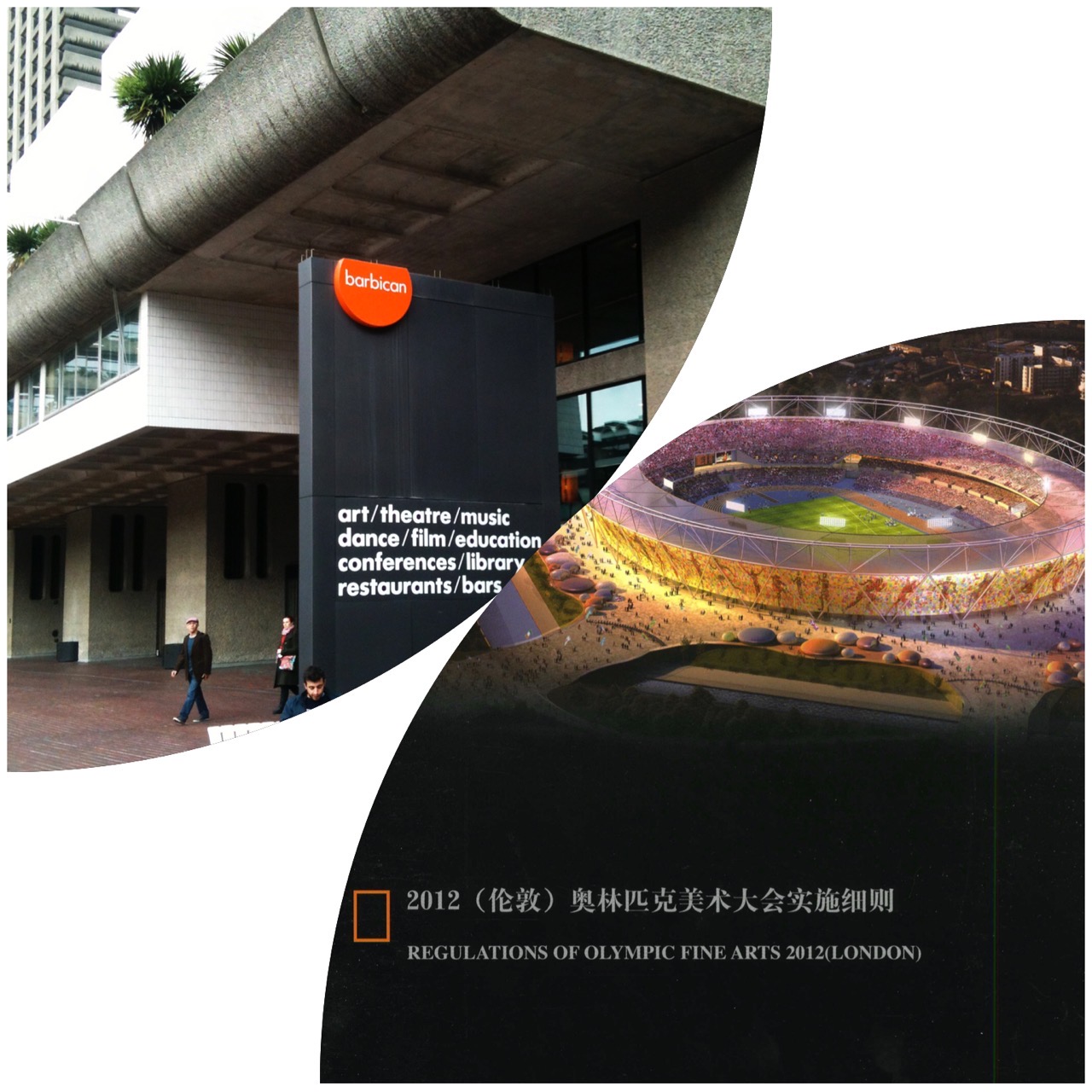 I have honor to invite you for the Opening Ceremony of
“Creative Cities Collection – Fine Arts Exhibition London in 2012” at 6 p.m. on 1st August, 2012

The Olympic torch arrived in the Olympic Stadium in Stratford. Olympic passion filled the hearts of athletes, and the eyes of the world were focused on London, as many thousands of people cheered the bearer of the torch of human civilization and progress and the lighting of the Olympic flame, the symbol of peace and friendship, of team spirit and of individual Olympic aspirations.

This evening, artists of the Olympic family from all over the world come together here at the Barbican Centre to open the “Creative Cities Collection-Fine Arts Exhibition London in 2012”, and bear witness to the profound belief that “Art makes the Olympics more beautiful.’

The “Creative Cities Collection – Fine Arts Exhibition London in 2012” is the next major international cultural event to follow the “Beijing 2008 Olympic Fine Arts”, organized by the China International Culture Association, China Society for the Promotion of Culture and Art Development and the Beijing Association for the Promotion of Olympics-related Culture during the Olympic Games in London. “Creative Cities Collection – Fine Arts Exhibition London in 2012” is officially authorized to use the London 2012 Inspire Mark, and as the name suggests – Creative Cities Collection – Fine Arts Exhibition London in 2012 – this event has formally joined the cultural projects of the London Olympiad. As Ruth Mackenzie, director of Cultural Activities Department of LOCOG, says, and I quote: “This is a significant honor…… The Inspire Mark is rewarded to those cultural project which we feel at LOCOG are of high quality, and express the themes and values of the London 2012 Olympics”. Our hope also is that this event will inspire and motivate a new generation of young people to pursue their ultimate goal and fulfill their dreams – and that the torch will pass to the next generation.

London is the creative city of European art. Creative Cities is the cultural theme of the London Olympic Games. This exhibition embodies the Olympic spirit and the common emphasis we place on art and culture in the theme “The River Thames – The Great Wall – Embrace the World” which I hope you will have seen depicted on the posters and banners which decorate our exhibition here tonight. It’s like a brilliant rainbow that links Beijing and China, with London, Britain and the world.

The creation and selection of the exhibits has taken more than a year, during which more than 500 oil paintings, Chinese traditional painting and works of art were selected from 500 artists in 74 countries. Each of these works of art represents the highest standard in its field, and collectively they reflect the strength in cultural and artistic diversity. In its themes and subject matter, this Exhibition demonstrates the eternal exploration and pursuit of art, the artist’s expression of feeling for the world, for the Olympic Culture, and love and praise for his and her country. When you walk through the Exhibition, stand next to the rich colors and the distinctive, deep moods, and works of beauty, we hope you will be thrilled and this feast of art will lift your heart and set your imagination free. So please enjoy this evening and the Exhibition in London.

I would like to show my gratitude to them. This event is under the patronage of International Olympic Committee and authorized by the Ministry of Culture of the People’s Republic of China. It has been supported by Chinese Olympic Committee, the London Organizing Committee of the Olympic Games and the Greater London Authority, Beijing Olympic City Development Association. Also the Chinese National Academy of Arts, China Artists Association, China National Arts Academy, National Museum of China, National Art Museum of China, The Art and Culture Center (Italy), China Oil Painting Society, Chinese Painting Institution, China Culture and Media Group, Guangming Website of Guangming Daily Group, London Global Cities, Strategic

Thank you very much for being here and welcome to the event.